Highest standards in customer satisfaction and work quality since 1981. You're not just a customer, you're a neighbor!
- Rob Hetrick

Summer is the perfect time to start on some of those exterior projects before Fall cookout season! Staining your deck so you can enjoy fire pit nights & bbq's with family before it's too cold! Whatever your needs, HPI will make it happen in a timely and professional manner! Be sure to ask about our 'Summer Specials!" Projects over $1000 get $200 OFF 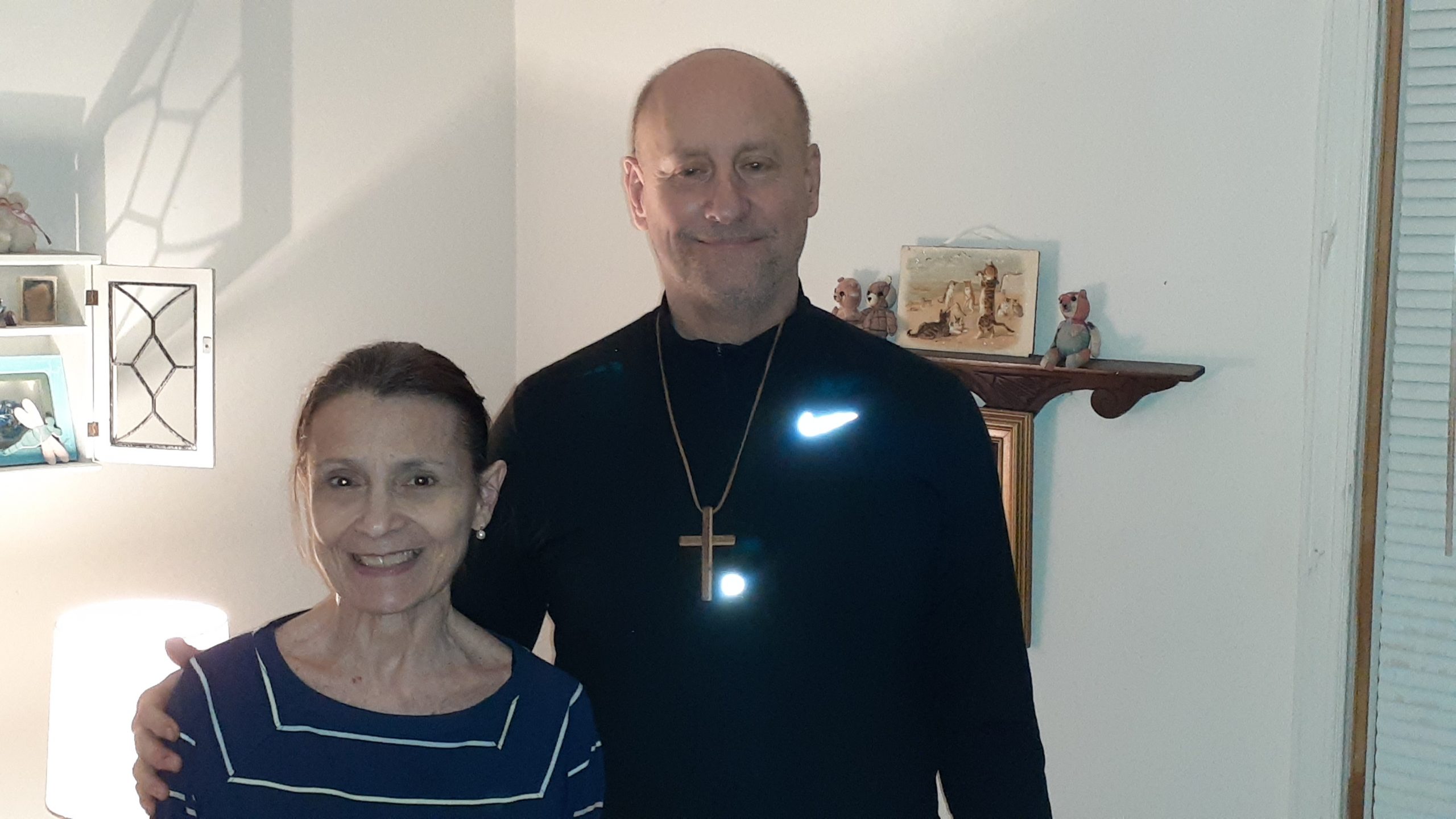 This season, proceeds from each job will go to Lisa Armstrong & Family….

Lisa grew up as the oldest of four children, bouncing around from Ohio to Jackson, Mississippi. After graduating from Mississippi College with a degree in nutrition and dietetics. She and her husband Gary decided to start their new life and family in Richmond, VA. Lisa spent the next thirty two years working for the Virginia Department of Health; supervising WIC and food/nutrition services, while also returning to school to become a registered dietician. In her free time she loved to pick a direction to travel in search of new places to find antiques, becoming an accomplished artist, and even giving serious thought to starting her own baking business using exclusively antique chocolate molds. In the fall of 2017 tragedy struck. While Lisa was recovering from emergency abdominal surgery, she noticed her right leg was starting to ache and turn red. After seeing an orthopedic, it was discovered she had a dangerous infection of serratia in her right knee/leg, the infection is believed to have originated during her stay in the hospital while recovering from the abdominal surgery. Lisa was rushed to the hospital to have her first surgery to try and clear out the infection from her leg. The clean-out was done, but after two months of antibiotics it was discovered the infection was back with a vengeance, spreading down her leg at a feverish pace. Lisa was back in the operating room in March 2018. After the surgery Lisa spent the next six months taking antibiotics that destroyed her appetite, and doing physical therapy weekly to try and regain limited use of her leg. Unfortunately, during a check-up with her orthopedic it was revealed through blood tests that the infection had hid itself in one of the crevices behind her knee. Surgery was scheduled to not only try and clean out the infection but to also try and address the issue of bone degeneration in her tibia and femur that the infection had caused. Everything seemed to be going well until March of this year. A bubble formed on the side of her calf muscle almost overnight. The Dr. informed Lisa it was apparent that the infection had not only returned, but was actually dripping down her leg and forming a pocket around her calf muscle. 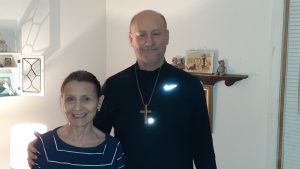 Due to the covid-19 restrictions, Lisa had no choice but to try and take antibiotics to hold the infection from spreading any further until the hospital was able to perform one last surgery to try and not only save Lisa’s leg, but her life as well. During this period of time, Lisa dropped to seventy-three pounds and was too weak to even get out of the bed. She continued to have iron-fusions to address her anemia, and blood-transfusions to address the other deficiencies that were happening inside of her body. On the outside, Lisa was a shell of her former self and had lost all use of her right leg. Finally on september 24th, our prayers were answered. The Dr. decided one last attempt would be made to clear Lisa’s leg of the infection, and to address the curvature of her tibia caused by massive bone loss from the infection. The only other alternative was amputation because the Dr. did not want the infection to travel to other parts of her body, and on September 24th she was back in the OR for this last attempt. Lisa awoke to find a 24inch titanium rod had been placed from the quad all the way to the calf to keep her leg straight for the next two years, which she was non to excited about, but given the alternative, we’ll take it! After some trial and error, they found an antibiotic that worked well with Lisa’s system and she was able to return home. Lisa has had to continue with the iron fusions weekly, one of the many permanent effects from the infection is Lisa will be anemic for the remainder of her life, & other than PT bedridden for the next 2 yrs. 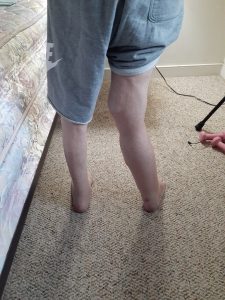 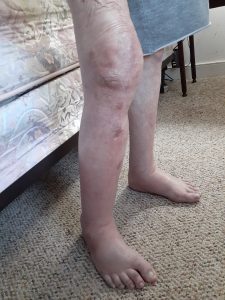 Her son, Chris has been her fulltime caretaker since the begining of the infection, & has been unable to return to work because taking care of Lisa has been a 24/7 job, which he gladly does. Her husband Gary remains the sole source of income in the household. The family has exhausted their savings and taken out numerous loans over the course of the last 2 1/2 years to cover Lisa’s growing list of medical expenses that the insurance company would not cover. Unfortunately, with only one source of income, trying to catch up and remain current on these obligations has become impossible. We thank you for taking the time to learn about Lisa’s situation, & we appreciate your thoughts, prayers, & financial support! God Bless!!

To give you can go through Lisa’s GoFundMe Page directly: https://www.gofundme.com/f/HelpLisaandGaryGoal

Or you can donate directly through our company, just mention it to us at the end of your job!

Thank you so much for your continued support to our community. When you work with Hetrick Painting, you’re directly helping a local family in need. Thank you